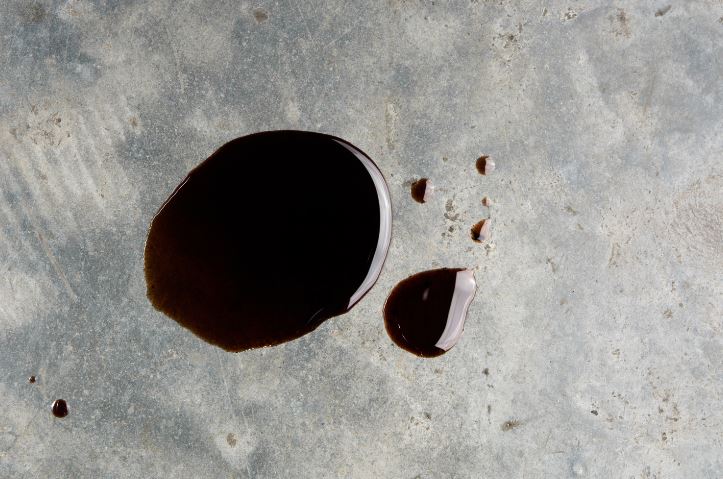 The relationship between oil leaks, crankcase pressure and crankcase ventilation is a topic that has not been understood by the majority of the hot rodding community for quite some time.  In this case study, we will show how Troy Cryer’s ’34 Ford suffered from oil leaks to the extent that the engine was pulled and rebuilt, only to have the same leaks crop up again.  The issue was finally resolved by addressing the root of the problem – crankcase pressure that was the result of an inadequate PCV system.  After installation of an M/E Wagner Dual Flow PCV valve, Troy’s car is now oil leak free, and in his words “I can finally enjoy driving my old hot rod again!”

The job of the Positive Crankcase Ventilation (PCV) system is to remove blow-by gases from the crankcase by vacuum and recirculate them via the intake manifold to be burned in the engine.  If the engine is producing blow-by gases faster than the PCV system can dispose of them, an increasing surplus becomes trapped in the crankcase, causing excess pressure and inevitably, oil leaks.  Even the most carefully sealed gaskets can leak when confronted by rising internal crankcase pressure.

Troy’s ’34 Ford had chronic oil leaks.  The leaks first started around the valve covers, which leaked down the back of the engine and blew oil all over the undercarriage.  At this time he was using a typical billet aftermarket PCV valve and billet breather, and Troy reports he would have to clean the engine off after driving the car only a few miles.  Eventually leaks also developed in the pan gaskets and crank seals.  As the problem got worse, Troy sought advice from a trusted mechanic as well as several other experienced hot rodders, but no one had certain answers.  Everyone’s best theory at the time was that the rings could be faulty or installed improperly.  The situation got bad enough that the engine was pulled, the cylinders were honed, and a new set of rings were installed along with all new gaskets and seals.  In total, Troy spent over $2,000 in parts and professional labor on the rebuild. 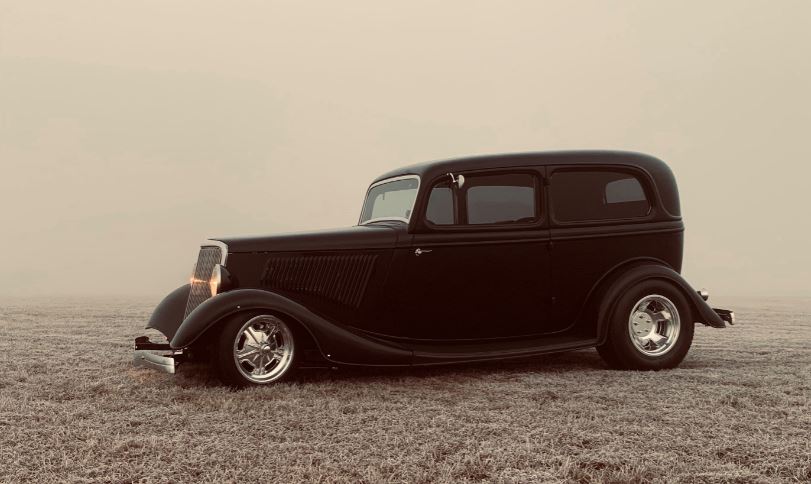 After the freshened engine was put back in the car, the oil leaks returned much to Troy’s frustration.  At this time, he was still using the same PCV system as before the engine was rebuilt.  Troy replaced the valve cover gaskets many times on the rebuilt engine, trying numerous types of gaskets and sealants.  He then tried replacing his PCV valve with another generic aftermarket billet unit.  Nothing of these attempts worked.  He started to suspect that the problem was not in the gaskets and seals as he originally suspected.

Troy says he never considered the influence crankcase pressure can have on oil leaks until he started to do research online, at which point he came across an article about our Dual Flow PCV valve.  It was, in his words, a “lightbulb moment”.  He called M/E Wagner, and we helped him lay out a proper PCV system using our Dual Flow valve.  Troy is happy to report that his oil leaks are now completely gone, and most importantly he can enjoy driving his car again.  Looking back on the experience, Troy says “[…] it took a rebuild to learn the hard way.  In hindsight, I was lost and searching for a needle in a haystack with blindfolds on […] While I’m thrilled to have these issues resolved, I cant help but wonder how much time, money and effort I could’ve saved myself if only I had known about your valve.” 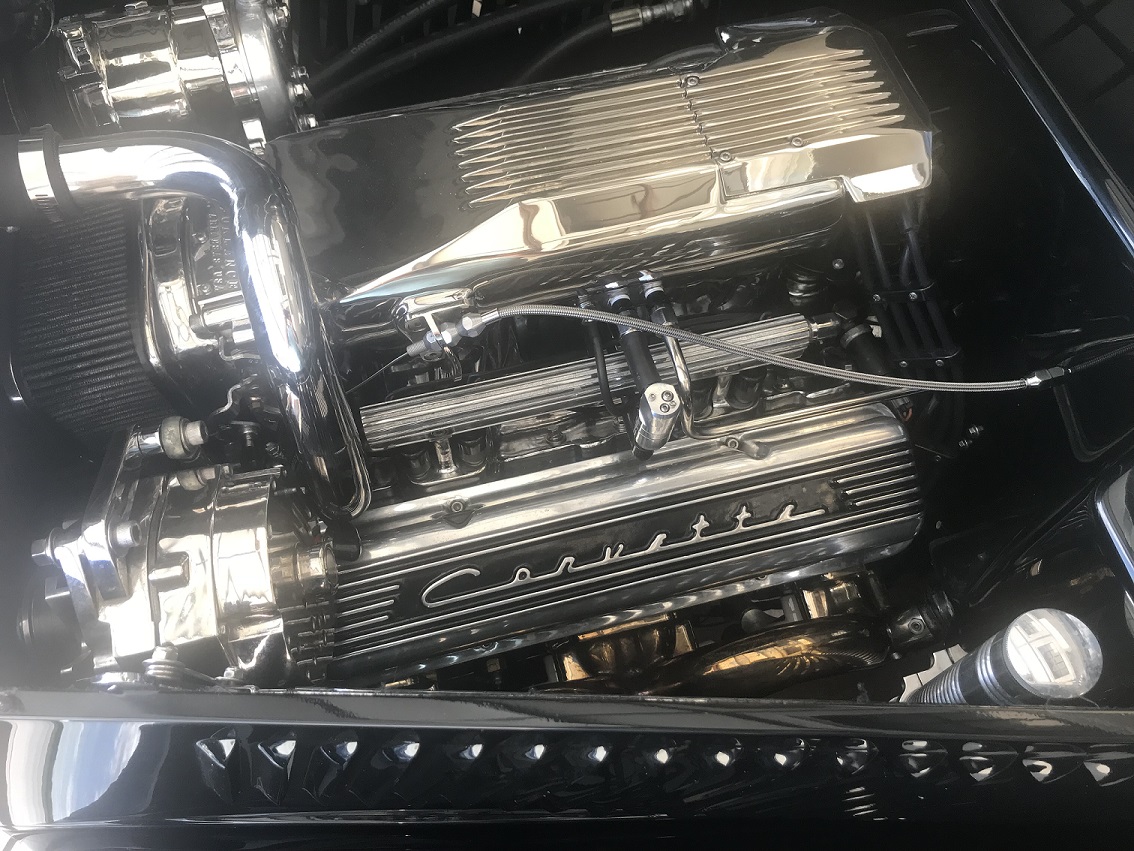 Summary and Feedback from other Customers

M/E Wagner’s Dual Flow PCV valve is the only PCV valve on the market that can be tuned to meet the unique crankcase ventilation needs of each individual engine.  To read more about how our Dual Flow PCV valve flows the right amount of air at the right times to keep the crankcase under a slight vacuum, read our flow test shootout.  Our customer’s rides page showcases enthusiasts from all over the world that have solved many issues through the use of our Dual Flow valve.  Here are a few highlights of others who have solved oil leak problems just like Troy did.  You can read excerpts from their testimonials below.

(1) It had some oil leaks, smell and the idle was a bit rough and difficult to tune. I changed the rear main seal two times, installed a billet retainer, tried various timing/carb combinations but without success.  With the M/E Wagner PCV valve the problems are finally solved and the car idles incredibly smooth at 700 RPM.  -Riccardo Fulgoni

(2) Engine leaks and the driver smelling like 30w oil are a thing of the past. As a guy who has changed out the same gasket multiple times, I can tell you that engine leaks are quite often not a gasket problem but rather a crankcase pressure problem. The Wagner valve fixes the problem, not just the symptoms.  -Allan Zolnekoff

(3) Installing your PCV on the 40 completely eliminated the oil seepage from the breather and PCV grommets and also eliminated an oil leak from the rear of the intake.  -Joe Gaddy

(4) I had been trying to chase down a small oil leak prior to the addition of the Wagner valve, and that too, is gone.  -Mike Okuley

(5) How do I know it works?  Well first there is no oil sneaking by any gaskets. No weeping or seeping oil along valve covers. Everything is dry and I haven’t seen that since the engine was built. The guys that built the engine for me said it wouldn’t leak. The leaks were caused by an ineffective PCV valve. I tried a couple of different ones with varying pressures – although one was better than the other I still had oil seeping from gaskets but not as great. Once I installed and set-up the new Wagner PCV all was good after […] The other day I changed my oil and as I was crawling underneath my car I was looking for all the old oil leaks coming from the usual locations. Was gladly surprised to not to see one spot that had any oil on it.  -Wayne Grotski

(6) My problems were mainly oil leaks, not always in the same place, breather cap blow by, erratic and hard to adjust idles, dirty oil and moisture issues […] My oil always looked like it needed changing after 100 miles. I have 300 miles on the new valve and the oil still looks new. I don’t see any evidence of moisture around the bottom of the PCV Valve and so far, no oil leaks are present.  -Rich Chiarenza